My second honeymoon post has arrived! Not my second honeymoon, like, the second one I went on. But the second post about our honeymoon. You know what I mean. Anyways… for the second half of our honeymoon, we drove 6 hours southwest from La Fortuna to Playa Santa Teresa. The drive was rugged, to say the least. The road was unpaved and chock full of pot holes for a solid 3 hours. But the scenery was pretty breathtaking. We drove past Lake Arenal, along the coast of the Colorado Gulf, and literally straight through the rainforest.

Our accommodations in Santa Teresa were slightly less bourgeois than in La Fortuna. We stayed at Ranchos Ituana, a small casita-style hotel that was steps from the beach. Santa Teresa definitely has more of a beach bum vibe than La Fortuna, but it’s still pretty touristy. We hiked to a few waterfalls, bummed around on the beach, and saw a HUGE boa constrictor attempt to cross the road a few feet ahead of us. We also saw monkeys, coatis, and a massive iguana.

You guys may remember the last time I wore this dress on the blog here. I confessed that it’s not a real Vita Kin (shhhh). When I found these darling pom pom sandals (on sale!) I knew they were made to be paired with this dress. This is the hat I scored on our trip to Marfa—and the first chance I’ve had to wear it since.

You can see the post from the first half of our honeymoon here. 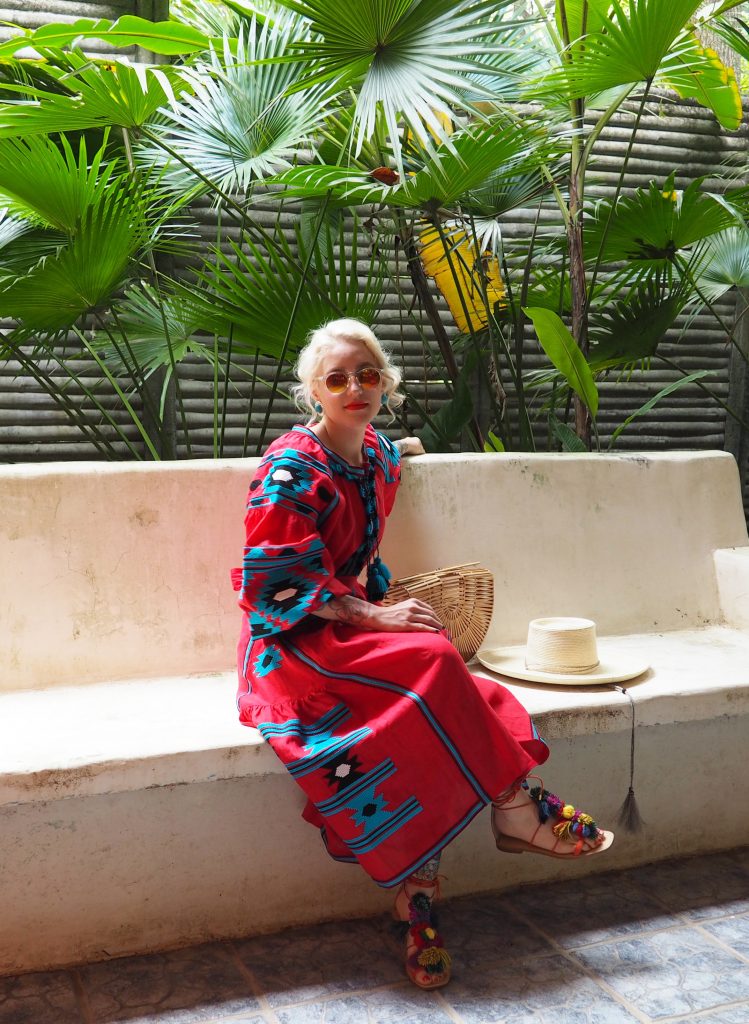 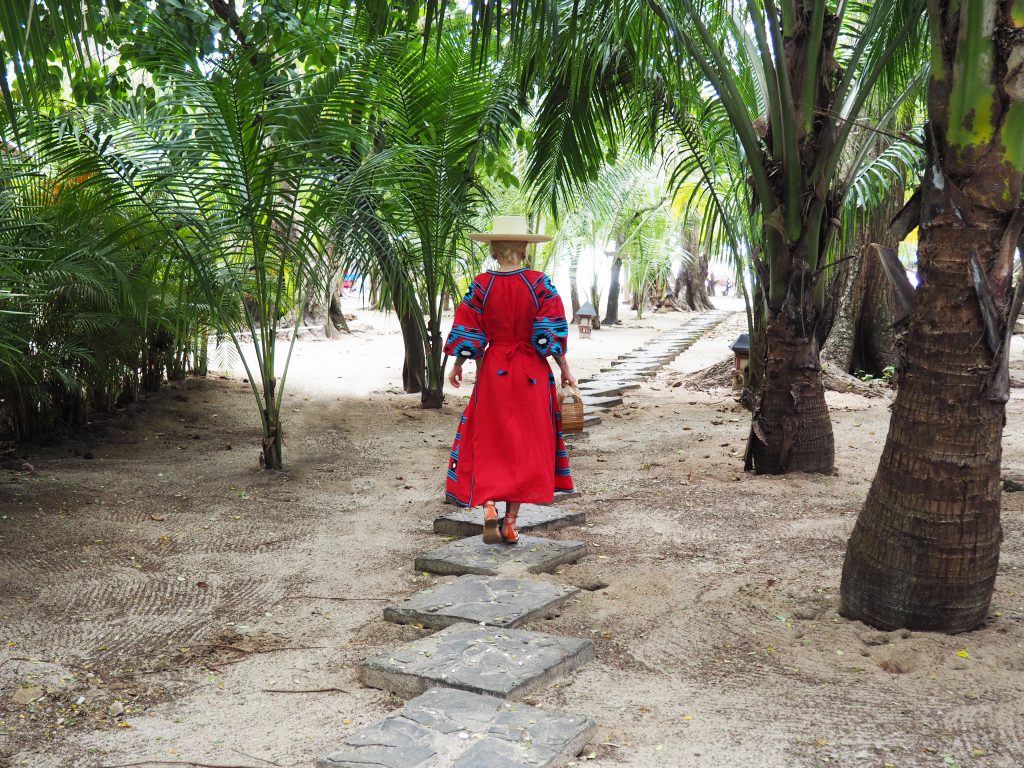 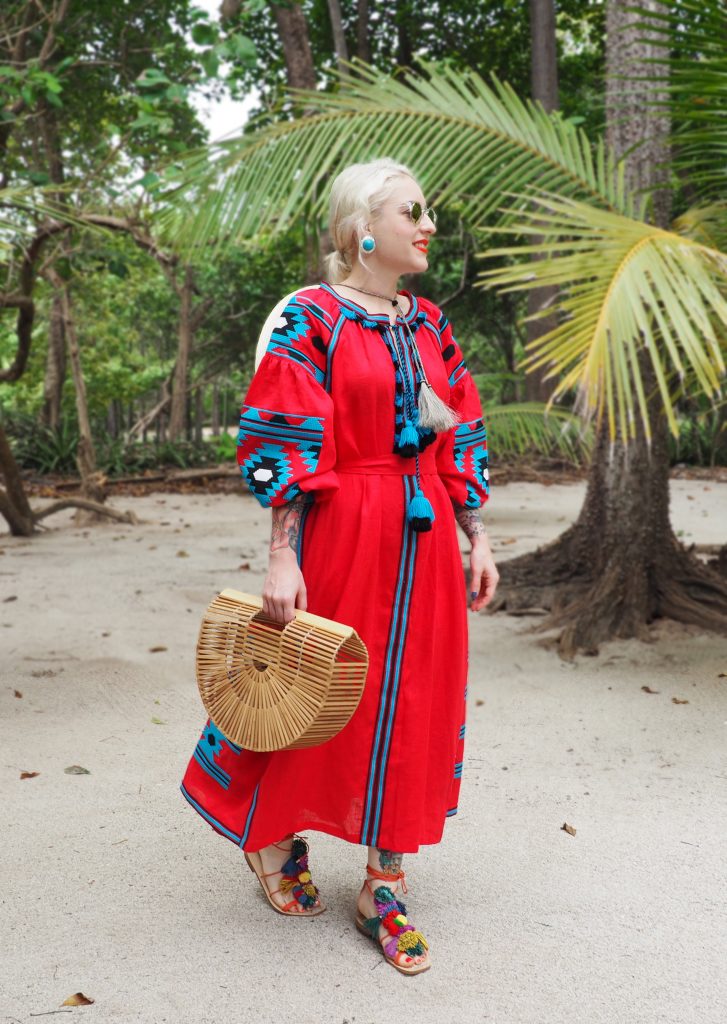 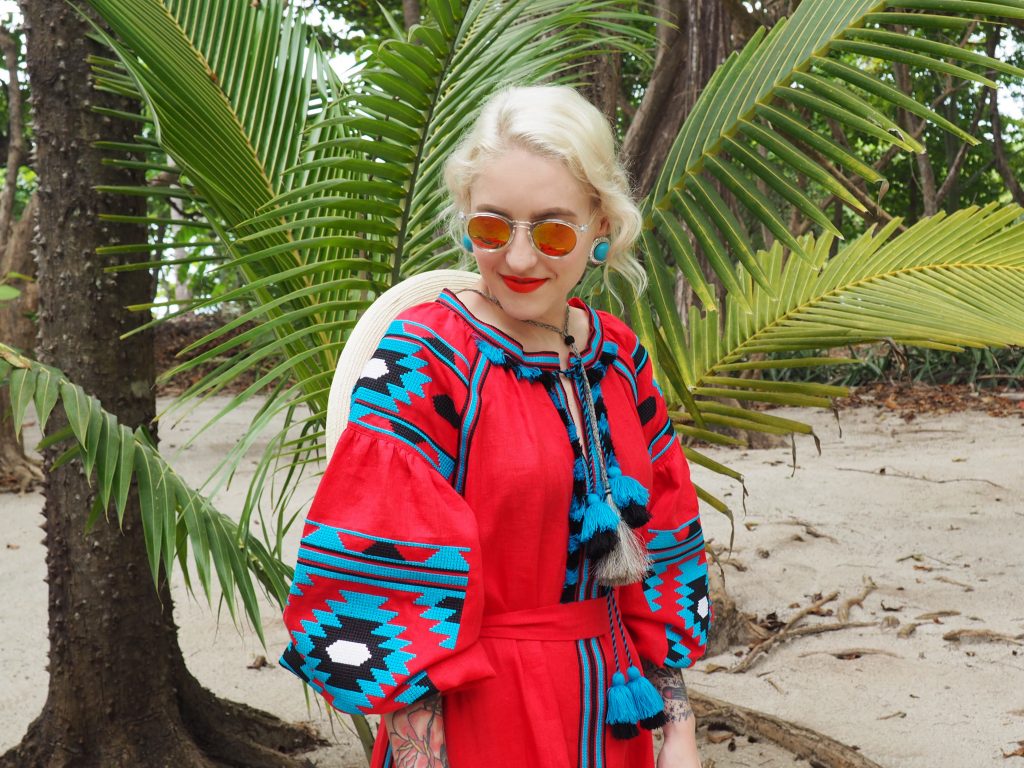 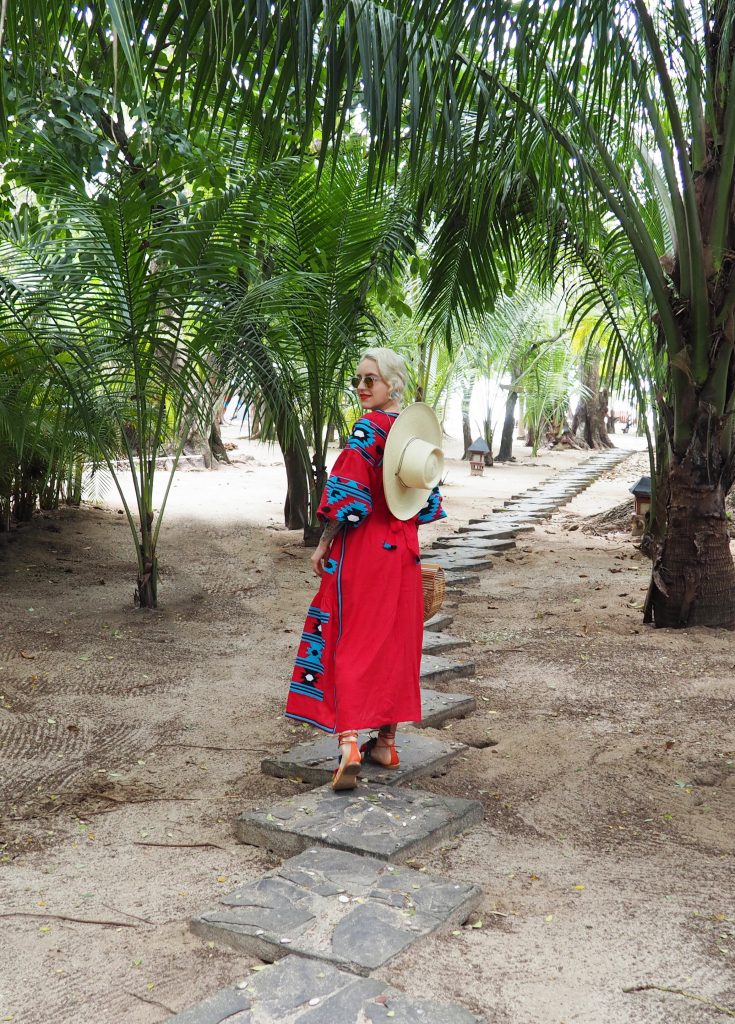 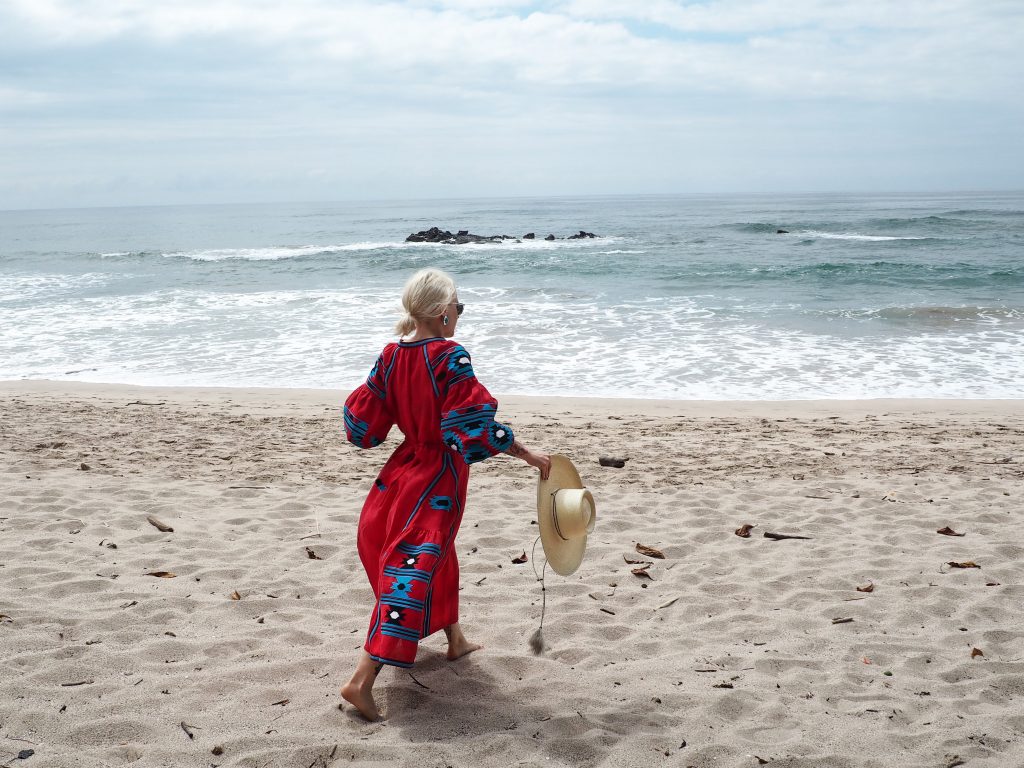 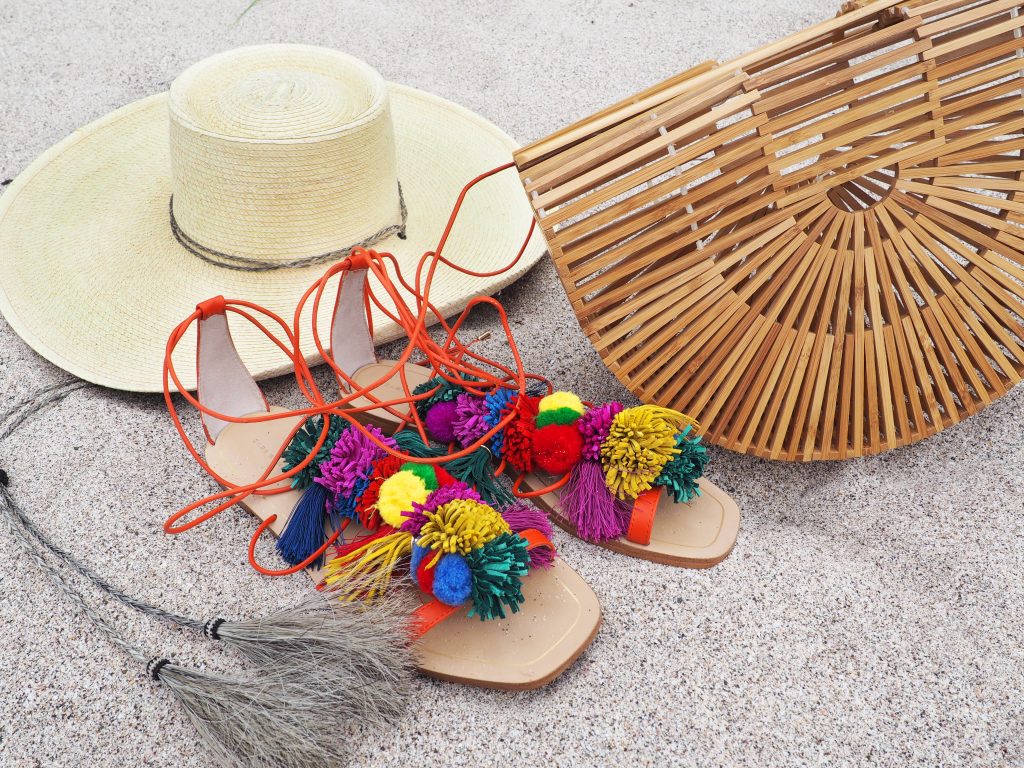 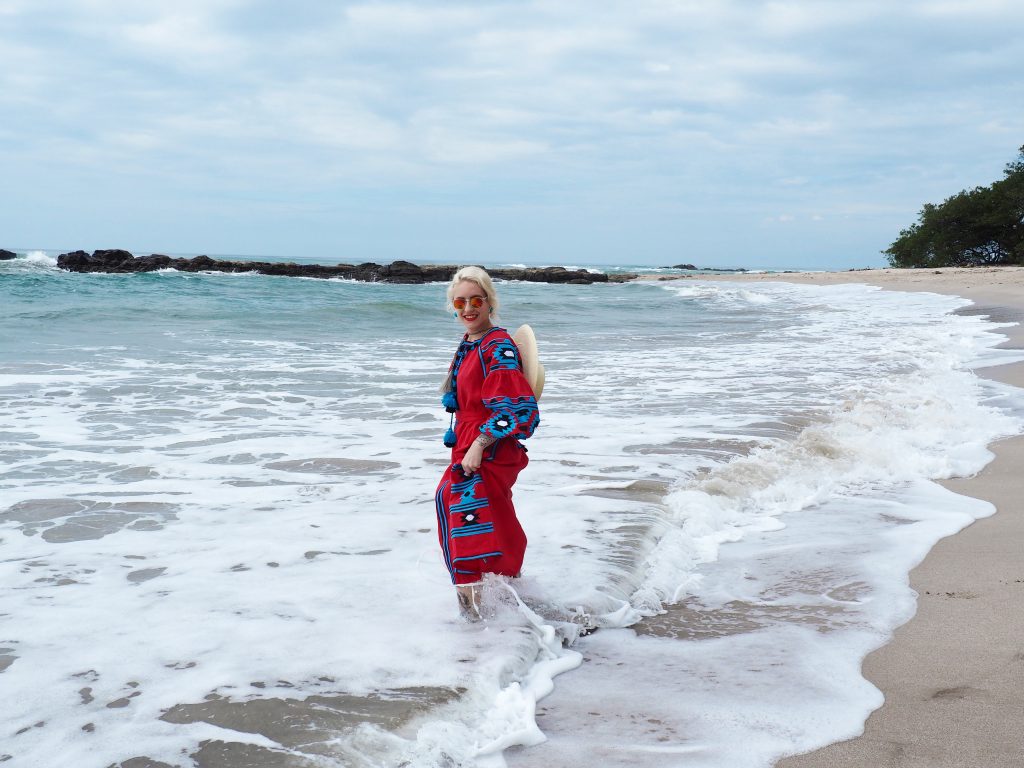 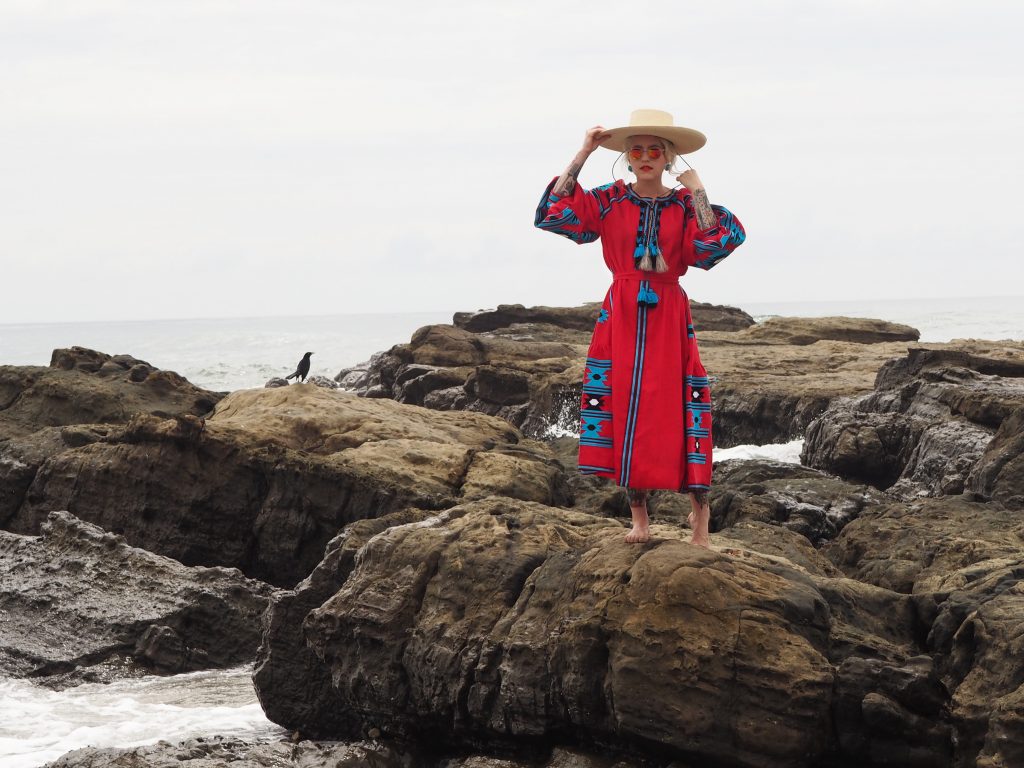 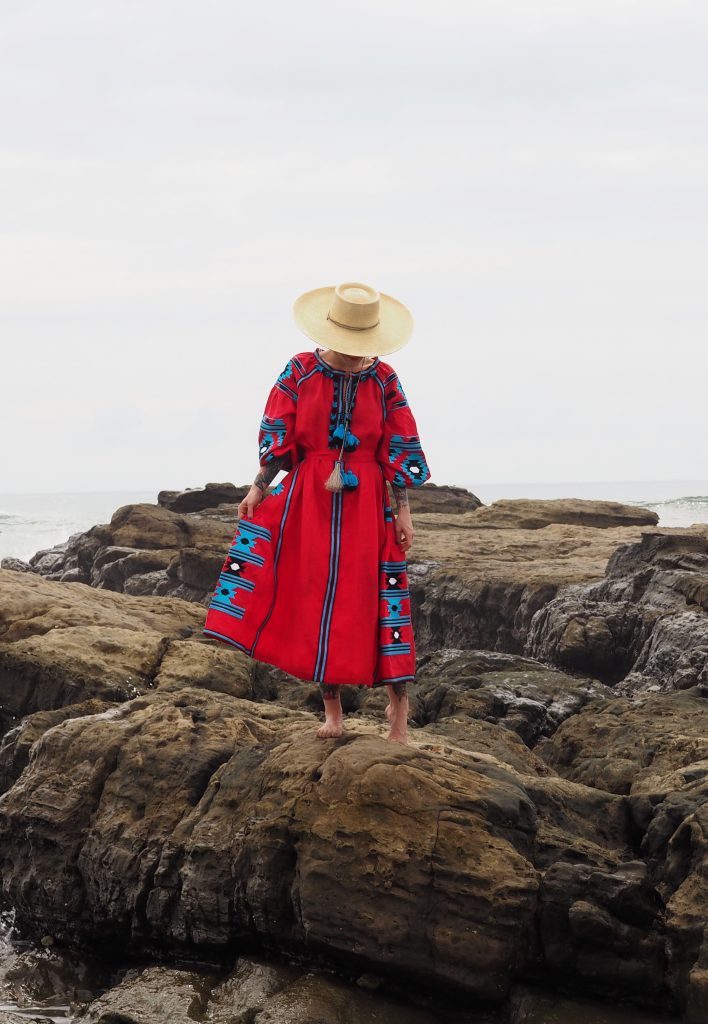 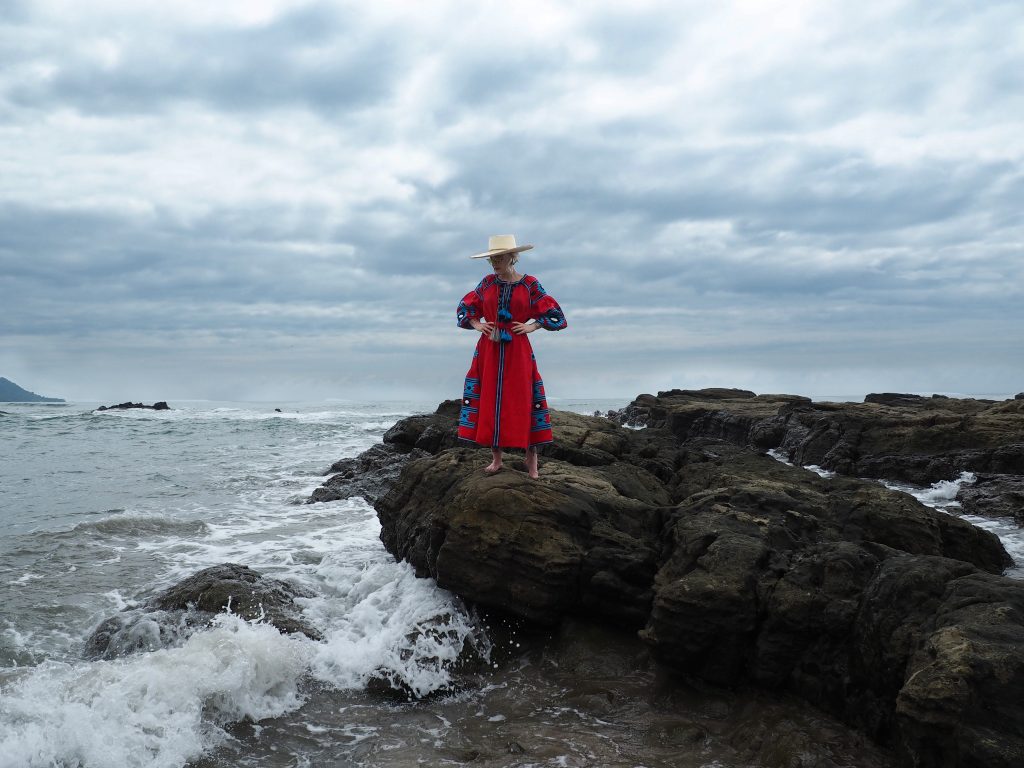 Wearing All Black to a Wedding